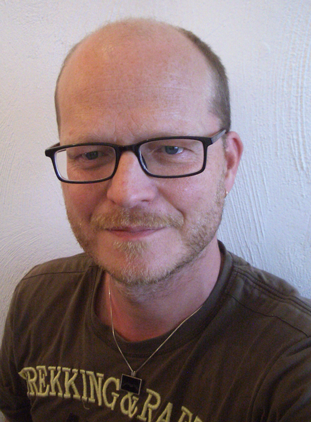 In the year 2003 the founder of Thomarillion Thomas Reinheckel (today at www.brickerium.de) started with selling models for tabletop games at ebay. People liked his work and so he decided to make it more professional and to sell his creations on an own website too. This site was launched by me (Thomas "Thommy" Doll) in spring 2004.

Selling items on ebay was the reason for the contact with the first Thomarillion-sculpter Thomas "Tom" Kramme. After a second sculpter, Thomas Maier, joined it was a logical consequence to name the project "Thomarillion". We all were very fond of the books of J.R.R.Tolkien ("Silmarillion"). The first event Thomarillion appeared in public was the member meeting of the german Lord of the Rings forum (www.tabletop-hdr.de) in Bad Kreuznach in January 2005. In the same year we visited "DUZI" in Wesel and the fair "SPIEL" in Essen, wher we made contact to Ziterdes (www.ziterdes.de).

Since January 2006 Thomarillion is my own registered business and after all of the meanwhile five Thomas left except of the two founders, my field of work grew more and more.

Starting with building and administrating the website and presence at fairs I also made paintjobs and terrainbuilding. After the first successful sculpting attempts that was the next part of my work at Thomarillion. We weren't able to afford external sculptors anyway ;-)

Thomas was very critical with my sculpts and when a master turned out to be somekind of skew he objected that for a long time. That changed when a customer told him that he likes the Thomarillon stuff so much because the designs had "Charm". Since then little flaws were no mistakes but generated charm ;-)

Although we started with tabletop and especially "The Lord of the rings", we soon tried to feed other branches of the hobby too, mainly the area of "Dungeon-crawler" ("Hero Quest" was our starter drug by the way) but also for showcase builders.

Our philosophy was to create items that can be used in many purposes and not for a certain gaming-system. The price should be as low as possible, so people rather buy at Thomarillion then doing things by themselves.

Unfortunately we had to learn that creating and selling finished terrain pieces or models is fun but not suitable for doing it professional as a job. The hourly wage was too low.

So we stopped selling finished models in 2007 and sold only casts of our masters from them on. Most of our items were made of ceramic (produced by ourselves) but we also had Thomarillion designed items made out of metal, hardfoam and wooden lasercut constuction kits produced by other companies.

The cooperation with Ziterdes grew during the years. At first only Thomas Reinheckel created new models for the company from Wangen but since the middle of 2006 me too. Thomas also designed "Dunkelstadt - dark city" by the way, a modular 3D-dungeon-system, gaining the title "Model of the year" by the journal "ModelFan" in 2008, the year of its release.

2010 was the year of the big break-over, because Thomas Reinheckel left and then Thomarillion became a "one-man-show".

Since then I try to increase my product range and to please the world of Tabletopers, Dungeongamers and Showcase-builders with my "charming" hotchpotch.